Ferns and the City

I love the unfurling of ferns in the spring, but I was unsuccessful at capturing them with my camera this year. But, I did take two pictures last week that I unexpectedly like: one that feels jungle-y with dew and another that highlights the curve of a new leaf with a mass of ferns beyond. There's not a lot of color contrast in the pictures, but I really like the saturated greens and the tangles and chaos. 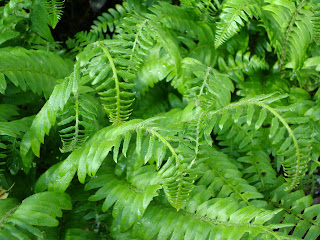 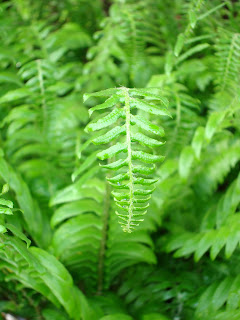 I'm also working on my submission for "Dirty, Smelly, Noisy Two" to be held in June. Hurrah; I've been inspired by the city! Here's a snippet from the photo that started my mind racing. Looks a little Jackson Pollack-ish, don't you think? I'm so excited about this!

Norma Schlager said…
It certainly looks like a "Modern Art" painting. The colors and balance are amazing. Can't wait to see your interpretation.

On of the few things I miss about my former house are the ferns that grew abundant in the woods surrounding our property. I wish I had taken pictures of them. No ferns where I live now. sigh....
May 14, 2009 at 6:00 PM